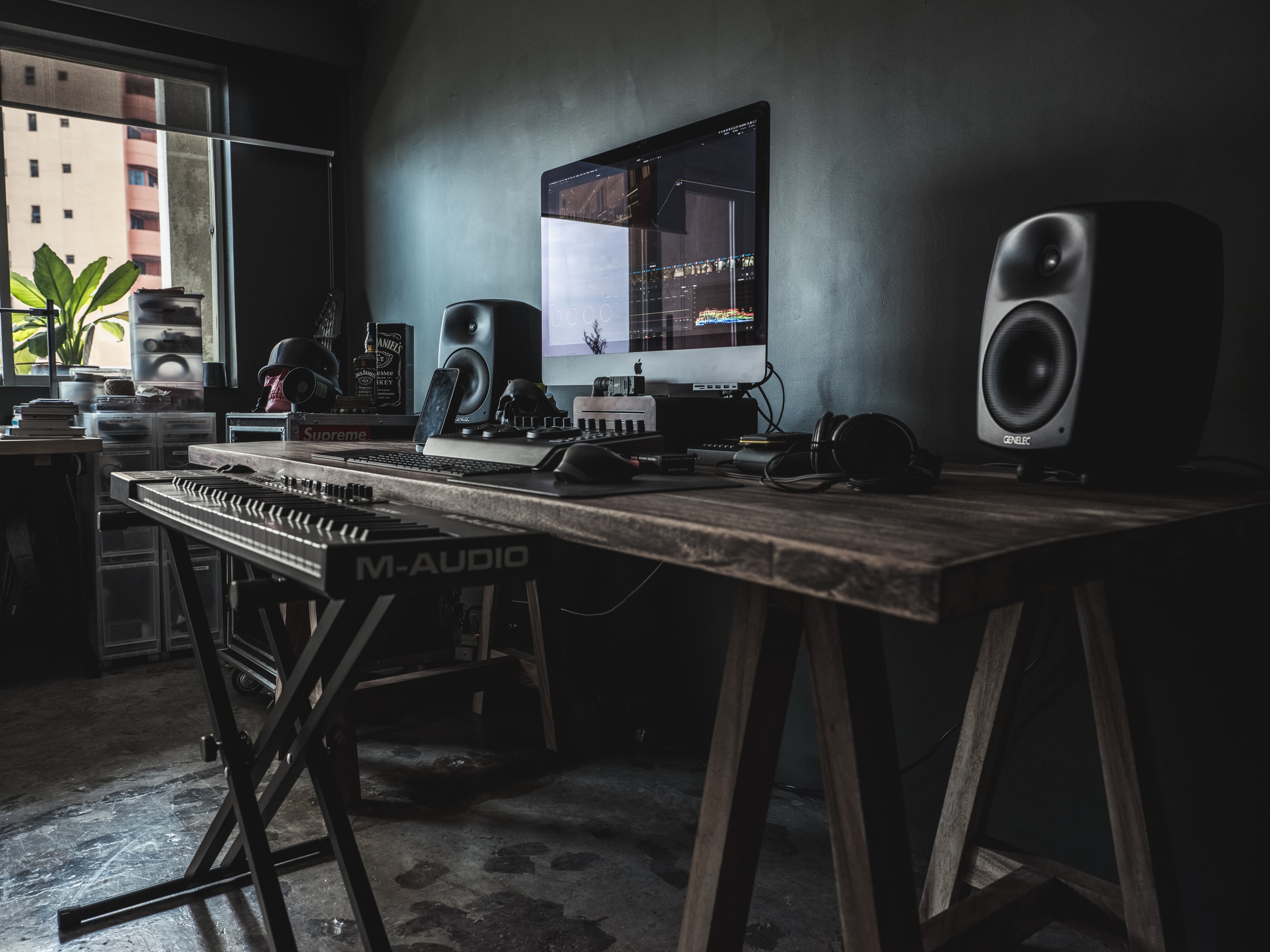 Adobe Premiere Pro is one of the most recognizable pieces of post-production software ever made. It has been around since 1991, being introduced as one of the first computer-based non-linear editing systems.

So while Premiere Pro and other software like Avid, and Final Cut Pro have been the most common NLEs (non-linear editors) on the market, an unlikely video editing software has emerge in recent years, to become a viable player in the industry.

It’s clear that both Premiere Pro and DaVinci Resolve are the best in their class in terms of video editing software. In this post, we’ll compare the two platforms so that you can know which is right for your video editing needs.

That is to say, each of the video editing softwares can do the same things the other one can, but with each excelling in certain areas where the other may falter.

On the surface, Premiere Pro and DaVinci Resolve might look nearly identical to one another in terms of a user interface. The timelines, editing tools, and bins are all similar when it comes to design and functionality.

An area where DaVinci Resolve is quite different though is its approach to visual effects, motion graphics, and coloring. DaVinci Resolve uses a node-based system for all effects, a system that can be incredibly daunting to master but very effective once it’s mastered.

Nodes are great because of the amount of control they offer video editors, though there is a bit of a learning curve. They’re great for colorists though and allow different effects to be connected to one another very precisely in almost a web-like shape.

Premiere Pro (along with every other NLE) uses a layering system for all of its effects, which is easier to understand but doesn’t offer as much control.

Premiere Pro has an ace up its sleeve with the ability to dynamically link to other apps in the Adobe Creative Cloud. The Adobe Creative Cloud has a ton of amazing adobe products. Software such as Photoshop, Illustrator, Adobe After Effects, Audition, and Lightroom can all be found there. This is perfect for advanced video productions and professional editors who require a more advanced workflow.

Timelines and clips in Premiere can be linked directly to Creative Cloud programs such as After Effects, something that’s extremely beneficial for a lot of filmmakers and people who utilize a lot of motion graphics.

DaVinci Resolve is broken up into seven different workspaces. These workspaces act as an almost all-in-one Adobe Creative Cloud-like package. The “Media”, “Cut”, and “Edit” tabs allow you to import and string footage together into multiple sequences.

The “Fusion” tab is an advanced VFX (visual effects) compositing program similar to After Effects. Then there’s the “Color” window which provides you with all color correction tools (things such as color wheels, luts, power windows, and color effects).

The last major window is “Fairlight” which is a great audio editing program sort of akin to Adobe Audition. Finally, there’s the “Deliver” window which is there for all of your exports.

Performance is an area in which DaVinci Resolve dominates. DaVinci Resolve has wonderfully smooth playback and incredibly fast export times that keep pace with programs such as Final Cut Pro.

Adobe isn’t as strong in this regard. Premiere Pro’s performance can be shaky sometimes and has been notorious for bugs and crashes. Having a stellar Windows or Mac device means a lot more when it comes to running Premiere Pro than it does DaVinci Resolve.

To demonstrate the performance differences, I ran a series of three tests on an M1 Max Macbook Pro (with 64 GB of RAM). The first test used 4k H.264 footage, the second used 4k ProRes 422 footage, and the third used 5k RED Raw footage. All exports included transitions as well as color. The timelines for each of the tests were set as 4k as well.

For the first test, the H.264 footage on DaVinci Resolve was exported in 1 minute (for a 3-minute and 50-second timeline). The codec used during this export was a high-quality H.264 codec. The same footage and timeline brought into Premiere Pro had an export time of 1 minute and 14 seconds.

Keeping all else the same, exporting this timeline using a ProRes 422 codec yields a 27-second export time in DaVinci Resolve. In Premiere Pro, this export landed at 1 minute and 35 seconds.

For the ProRes 422 export, I decided to add stabilization on all of the clips. The ProRes 422 footage on DaVinci Resolve was exported in 23 seconds (for a 1-minute and 18-second timeline). The codec used during this export was a high-quality H.264 codec.

The same footage and timeline brought into Premiere Pro had an export time of 30 seconds.

Keeping all else the same, exporting this timeline using a ProRes 422 codec yields a 16-second export time in DaVinci Resolve. In Premiere Pro, this export landed at 44 seconds.

In DaVinci Resolve, the RED Raw footage was exported in 2 minutes and 31 seconds (for a 2-minute and 22-second timeline). The codec used during this first export was a high-quality H.264 codec. The same footage and timeline brought into Premiere Pro had an export time of 3 minutes and 5 seconds.

Yet again, keeping all else the same, exporting this timeline using a ProRes 422 codec yielded a 2-minute and 31-second export time in DaVinci Resolve. In Premiere Pro, this export landed at 4-minutes and 28-seconds.

DaVinci Resolve and Adobe Premiere Pro offer very similar file format support. Most footage can be thrown into either program without a problem. The only exception to this is some RAW formats.

DaVinci Resolve and Premiere Pro offer wildly different pricing schemes. DaVinci Resolve is free. That’s right, DaVinci Resolve has a completely free version of the software that offers pretty much every functionality beginners might need. More advanced tools and effects are locked behind a paywall known as DaVinci Resolve Studio.

This means that if you buy one of Blackmagic’s cameras, you get the full version of DaVinci Resolve. It’s a really nice perk.

Adobe opts for a subscription service model for all of its Creative Cloud products. Premiere Pro costs $20.99 per month or $239.98 when paid annually (you’re technically “licensing” the software and don’t actually own it).

After 5 years, you’ll have paid over $1,000 for Premiere Pro whereas DaVinci Resolve is something you get to keep forever for $295.

Premiere Pro does offer a few discounts for students and businesses though, but this is a category where DaVinci Resolve is the clear winner. That is unless you’re a business where a subscription model such as this is actually beneficial.

When to use DaVinci Resolve

The use case for each software really depends on the user. Video editing apps that work great for one person might not work as well for another. DaVinci Resolve is a very well-rounded NLE.

Obviously, it’s wonderful for any sort of coloring, and oftentimes, you’ll see professionals using DaVinci Resolve as coloring-only software by using an XML to sync between Resolve and their preferred NLE. The basic editing functionalities in Resolve shouldn’t be overlooked though.

While Resolve might not be the flashiest-looking software out there, it offers the same editing capabilities as every other NLE on the market. Since it’s completely free, this makes it a great option for beginners who need some experience editing but don’t want to necessarily drop hundreds of dollars on a program right off the bat.

It doesn’t matter if you’re an amateur or professional though. No matter who you are, your videos will often require high-end transcription. Luckily, it’s incredibly easy to import templates and plugins into DaVinci Resolve. And with Simon Says, you can easily add captions and subtitles for all of your video needs.

When to use Premiere Pro

Since it’s part of the Creative Cloud, Premiere Pro is wonderful for larger teams because of how easy it is to share files between creators. Most people will see Adobe Premiere Pro in small studios, offices, and production houses.

Like with Resolve,  Simon Says has a robust Premiere Pro extension for those needing caption, translate, or transcribe their videos.

At the end of the day, video editing software is simply a tool. Premiere Pro and DaVinci Resolve might seem similar on the surface, but the best one will depend on your needs as a content creator. Each will help you get the job done and with Simon Says your team can videos even faster.