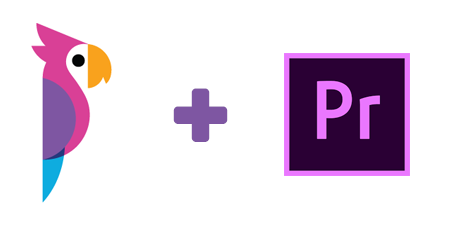 Transcription used to be frustrating. Simon Says solved it for video pros with its accurate, timecode-based A.I. engine and deep NLE integration that underpins its delightful website.

At IBC 2019, Simon Says launches an updated standalone, on-premise Mac/PC application for productions that can't or don't want to send data to the cloud. No longer do you need to make a choice between the benefits of AI and security.

The XML export seamlessly integrates with non-linear editing tools like Adobe¬¨ ÔøΩ Premiere¬¨ ÔøΩ Pro and Adobe Audition¬¨ ÔøΩ so editors can focus on the story, rather than tediously finding passages in transcripts.

"We're excited about tools such as Simon Says that give creatives a choice based on their preferred workflow," says Sue Skidmore, head of partner relations for Adobe Video.  "The result is post production efficiency and the ability for them to focus on the creative outputÔøΩ not a cumbersome process."

"Simon Says' AI transcription in the cloud may suffice for many video prosÔøΩ but not all. This is where Simon Says on-premise comes in to support productions companies who operate in high-security environments: you get the speed and accuracy of AI but without data ever leaving your workstation," says Mike Matzdorff, Head of Industry (Production) at Simon Says and longtime animated film editor in Hollywood.

Simon Says and members of its core team are deeply rooted in the creative industries.  "We are inspired by artistsÔøΩ not just by their art itself but their tenacity to create it," says Shamir Allibhai, CEO of Simon Says.  "The advanced AI tools we build constantly seek to answer ÔøΩhow can we help make that journey a little bit easier, a little bit better?'"

With Simon Says on-premise, users can finally benefit from A.I. without trade-offs. To find out more and become a customer, contact us: https://www.simonsaysai.com

Simon Says is grateful to be a stalwart part of the journey of countless video professionals around the world.

Simon Says A.I. is built for post production to accurately transcribe, subtitle, caption, and translate video. Within minutes and in 100 languages, the timecoded results are ready in your NLE, making editing swifter and easier.