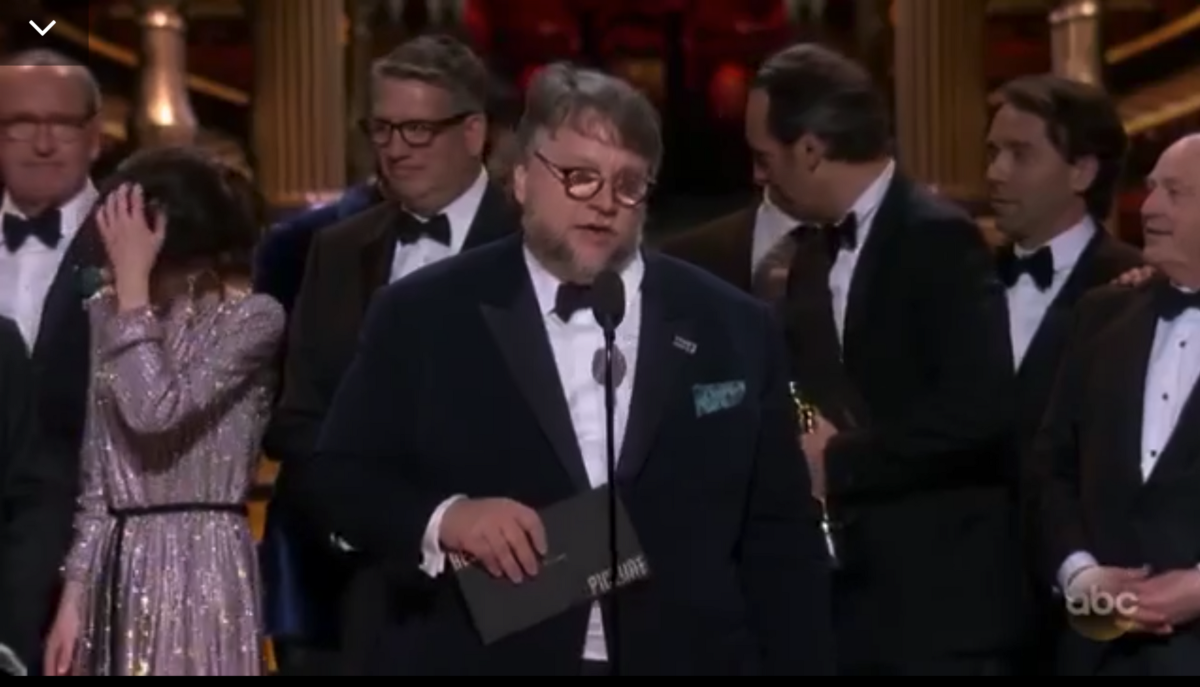 GDT: Thank you. Thank you very much.

GDT: Growing up in Mexico as a kid, I was a big admirer of foreign films, from films like ET or Willy Wyler or Douglas Sirk or Frank Capra; and a few weeks ago, Steven Spielberg said,  "If you find yourself there, if you find yourself in the podium, remember that you are part of a legacy, that you're part of a world of filmmakers and be proud of it." I'm very, very proud.

GDT: I want to dedicate this to every young filmmaker, the youth that is showing us how things are done, really they are, in every country in the world. I was a kid enamored with movies. Growing up in Mexico, I thought this could never happen. It happened and I want to tell you, everyone that is dreaming of a parable of using genre of fantasy to tell the stories about the things that are real in the world today, you can do it. This is a door. Kick it open and come in.

JMD: Thank you very much.

JK: All right, well, that's how it's supposed to go I guess, right? Sorry, guys, we're out of Oscars. What did you want to say? I'll tell them.

JMD: I just wanted to say that this Guillermo, it's his heart and it's everything. We thank him for letting us be a part of this.

To accurately auto-transcribe a speech or interview, go to Simon Says today to sign up for free.