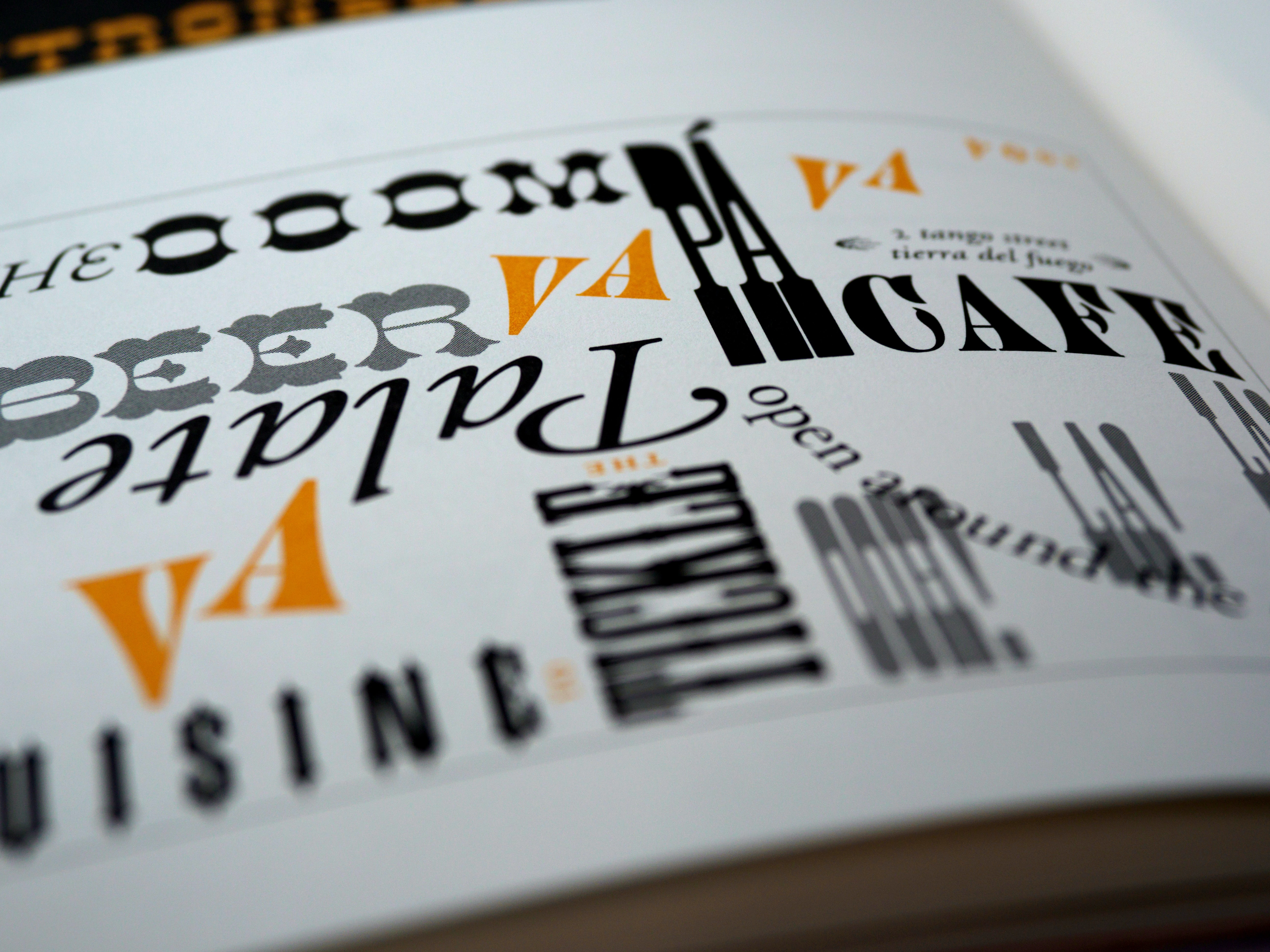 10 Best Fonts for Closed Captions and Subtitles in Video

Today, there are billions of hours of video content. This content more readily available to the public than ever. While this is amazing for consumers, it can be a double-edged sword for video creators. More videos floating around means that each video a creator produces really has to stand out.

Why are captions and subtitles important?

Captions and subtitles are one of the easiest ways to distinguish amateur video creators from professionals. It also has major search engine optimization (SEO) benefits. A study from Statista found that, as of March 2022, over 60% of the digital content audiences in the United States were reported to watch videos on their smartphones while 85% of people who watch videos on Facebook do so with zero sound. This makes subtitling and captions more important than they’ve ever been.

Content creators never know how or when a consumer will be watching their videos. Do they have trouble hearing? Do they have headphones on? Are they in a crowded area? It’s best to ensure that a video can be watched and enjoyed regardless of environmental or personal impairments. When it comes to marketing and advertisements, this step is critical in ensuring that viewers don’t click off the video. It can even be used artistically as a way to draw audiences in.

This process isn’t for everyone though, and subtitling and captioning each of your videos can be a very time-consuming process. There are, luckily, a lot of quick and easy ways to get your video captioned and subtitled.

Simon Says is an extremely versatile extension that does all the hard and tedious work for you. You can use it to caption and subtitle your videos in over 100 different languages with burn-in options as well as SRT download options for greater integration with YouTube, Facebook, and a wide array of NLEs.

In addition to choosing the best captioning solution, it’s also important to find the most effective fonts for your videos. Below, we will look at some of the best fonts for captions and subtitles.

How to pick a font for captions and subtitles

Choosing the right font for your video is a lot like choosing the right transition or the right effect. The font type in a video should blend in. It should complement the material, not take away from it and appeal to your target audience. A good subtitle or caption is something that’s invisible to the person watching.

Of course, that’s much easier said than done. With hundreds of thousands of fonts readily available online, the question will always be: what are the best fonts for subtitles and captions?

Best fonts for captions and subtitles

Helvetica is a tried and true font in the captioning world and one you’ll see as number one in most top ten lists. It’s a sans serif font and was developed by Miedinger and Eduard Hoffmann in 1957. Helvetica was the default font Apple used for Mac OS and IOS up until 2015. It’s a very simple font with easy legibility while also still being pleasant to look at.

It’s no surprise that Helvetica has been used for a wide array of documentaries. While there is a surprising amount of controversy surrounding the debate of Arial vs Helvetica, it ultimately comes down to personal preference given how close they are in appearance.

Helvetica is a bit rounder and perhaps a bit more pleasant to look at depending on who you are. It’s very popular in the art community as well given its aesthetic nature.

Arial is an easy number two just because of how much of a resemblance it has with Helvetica. While not as visually pleasing as Helvetica, Arial is great since it’s another very neutral sans serif typeface, allowing for excellent readability. In 2005, the creator Robin Nicholas was even quoted as saying that “it was designed as a generic sans serif; almost a bland sans serif”.

Designed in 1982, Arial was originally used (and still is) as the default font in every Microsoft windows based device. While Arial might be bland and even a little boring, that’s what makes it so great for subtitles. Not everything in the video world has to be flashy, and Arial is the best font for getting your message across in a way that blends in.

Roboto was originally developed for Android by Google, Roboto is a much different font style than the previous two on this list. Roboto is much more blocky and geometrical than some fonts you might find.

This font allows for a very pleasant reading experience because of the construction of the letters.It also has a very clear and distinguishable design that’s easy to spot out. Roboto allows for a great viewing experience, and it’s no wonder that it’s one of the most popular fonts.

Verdana is another very popular font that’s no stranger to most top ten lists. It’s easy to see why. Verdana is a humanist sans serif typeface that was originally designed to be viewed at small sizes on low-resolution computer screens.

Verdana has been used amongst popular brands such as Ikea and is a great choice if you know your content is going to be mainly viewed on small screens. Its wider proportions and looser letter spacing make it very easy and simple to read as a subtitle and caption font.

Glimmer is a geometric sans serif typeface with a lot in common with serif style fonts such as Futura. With a bubbly and stylish look about it, Glimmer is excellent for reading at a distance at the bottom of the screen. Its fun design also makes it a great on-screen subtitle font that’s sure to catch your viewer’s eye.

Times New Roman is a serif typeface most people are familiar with. It’s a standard font in most computers as well as writing apps and is a very common font for subtitle text. Times New Roman follows Arial and Helvetica as being one of the most popular fonts for video subtitles. Times New Roman is extremely influenced by Baroque printing and has a sort of elegance to it because of its classical style. It also offers great italic and bold options.

Tiresias is a TrueType typeface and the standard font for BBC subtitles. Tiresias Screenfont is the typography most commonly used for television subtitling and on-screen user interfaces. In short, it’s great for broadcasters and incredibly easy to read for those who might be slightly hard of seeing.

Tahoma is another very popular Microsoft-created font. Tahoma is very similar to Verdana in terms of appearance. The biggest difference between the two is that Tahoma is much more narrow. The letter spacing and overall body of each letter are very tight. Tahoma is the standard amongst many apps today still, especially those in the Windows world.

Antique Olive is an incredibly artistic font perfect for cinematic video content. It was designed by Art Director Roger Excoffon and got its name from the letter “O” resembling an olive. Antique Olive is best for content that you know is going to be playing on larger screens. It has a classical style to it that helps it stand out from the pack and makes subtitles unique and pleasant to look at.

Lato is a more modern typeface that is used on more than 9.6 million websites. Lato is the perfect font for transcription and was originally designed for corporate-level projects because of its simplistic and easy-to-read proportions.

Lato is the third most popular font on Google fonts as well. Lato is the best of both worlds in the font world containing a rounded yet geometrical design that has nicely spaced lower case and upper case options.

The best captions are the ones that are seamlessly integrated into your video. The size of your subtitles is important since they need to be big enough for most people to read while still being small enough so they don’t become distracting. They also need to convey emotion and convey the best bits of your story. Displaying things such as sound effects or even music in subtitle form can go a long way in captivating your target audience.

When it comes to alignment, always make sure that the subtitles never cover up important pieces of on-screen information. While captions are most commonly placed on the bottom of the screen, they can also appear at the top of the screen depending on what the framing of the content looks like.

Coloring is something that is always best to keep basic in the captioning world. Subtitles are most commonly black or white depending on what reads better on screen. A lot of captions contain a black rectangular backdrop with white lettering. This helps it stand out and makes it easy to read regardless of what’s on screen.

All of these choices can be incredibly creative though. A lot of marketing videos play around with this format to entice viewers. Some captions can be incredibly large with colorful text and quick pacing while others chose a more stylized and slower approach. At the end of the day, it all comes down to the type of content you want to produce and what your target audience is.

Video Editing is an incredibly creative process with so much room for customization. Things such as subtitles and captions often get overlooked, yet, they are probably one of the most important elements in ensuring your content can be viewed and enjoyed by a plethora of people around the world.

Picking the right font is both a creative and practical decision that goes a long way in helping viewers comprehend your work. In an age where most social media content is viewed without audio, subtitles and captions have become more important than ever.

Creating the right subtitle doesn’t have to be a chore though. As a video editor, you have bigger things to worry about than subtitling and captioning. Simon Says is a perfect way to caption and subtitle your work, doing all the hard stuff for you. When it comes to captioning, it’s sometimes best to leave it to the professionals in order to take your content to the next level.